On my way home from Cuba my grandma picked me up and we talked about the trip and pictures. She then reminded me (again) that I had never finished posting my pictures from our trip in the summer, mostly because I became distracted by life back in Canada and my new job. I told her I would work on that. Lucky for me I take very detailed notes while I travel and have spent some time fleshing them out to put on my blog, with all the pictures she needs.

So now, while I have finished posting about Cuba, I am able to entertain you with the rest of my adventures this summer. If you want to read from the beginning you can click here. Otherwise; here we go again.

This morning I decided that despite the knee pain I was going to climb up to St. John’s Fort and the walls that protected the city of Kotor from ancient invasions. The entry path has a table and chair set up to collect a fee from tourists but when I went there was no one at the table. The walk up was steep and full of stairs that were falling apart but the view was worth it. You have a beautiful view of the entire bay from up on the hill. Also the ruins have lots of little nooks and crannies that you can wander into and explore. Beware the out of bounds signage, they usually come before a lack of floor, where a level has collapsed.

I had taken my breakfast on the hike with me and used the opportunity to sit and eat while enjoying the view. A cruise ship arrived in the bay while I was there, so I was able to watch as it sailed in. I also took this as my queue to head back down to town. Along the way I passed many people who had come off the boat and were headed up the hill. 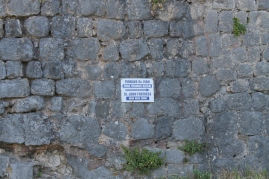 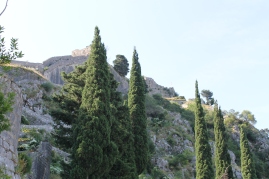 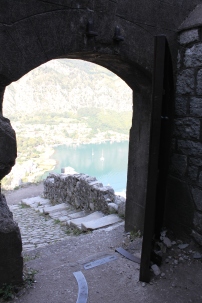 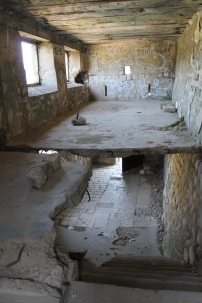 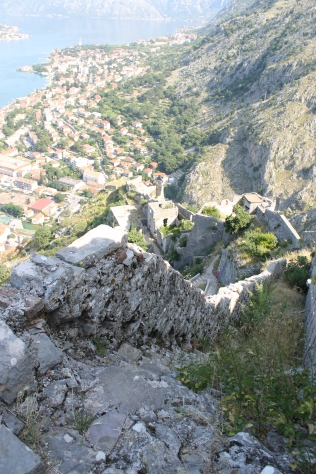 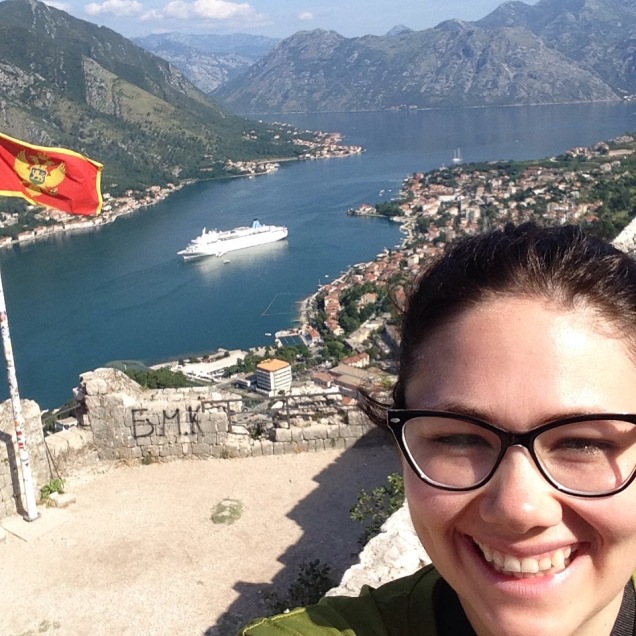 I got back to the hostel and got ready to check out. I was headed across the boarder to Dubrovnik. When I checked out of the hostel they told me that I could take the bus or that if there were 4 people travelling that it would be cheaper to take Taxi. Many people took taxi’s because the bus didn’t run often. I spent some time at the checkout desk seeing if anyone else was was headed to Dubrovnik.

After a while only one other person was headed to Dubrovnik. We headed up to the bus station together to get tickets for the next bus, which as going to be in about 2 hours. We headed back into town for a bit and then back to the hostel to pick up our left bags and wait.

While we were waiting there were a a few other people getting ready to head out. They were going to Dubrovnik but had a car. They knew each other some how and so offered to drive him. Now I was alone and waiting for the bus. I went for a quick breakfast at a cafe and went to the shop for bus snacks. Then I gather my bags and headed to the bus station.

The bus had come from further down the coast and the only spot left on the bus was up at the very front. This normally would have been no problem but there was no way to stretch my legs forward because I had a barrier. Sitting for so long in this position was apparently bad for my knee. After a bit was in agony and spent the last part of the bus ride fighting tears of pain. However, the bus ride was along the coast and went up and down the hills along the route. There were many beautiful things to see. I tried to use the view to take my mind off the pain. I was never so happy as to arrive in the Dubrovnik bus station. I was able to stretch my leg and get rid of the pain, I was also in Dubrovnik.

When I got to Dubrovnik bus station I could see my hotel but it was up a large steep hill and I was travelling with rolling suitcases but a backpack. I spoiled myself with a taxi ride to the nice hotel I had booked. I had booked a hotel because I wanted strong and reliable internet to stream the season finale of Game of Thrones, while in Dubrovnik.

I took advantage of the last of the daylight and the bus stop right outside the hotel to head into Old Town, Dubrovnik where they do some of the GoT filming. I was so excited both to see the filming locations and to make my parents jealous. The more they want to go places that more I can get them to travel.

Old Town is like many similar cities of this age, in this area. There is one main road that is large and wide for what would have been animal traffic, and many tiny alleys where people’s houses are. You can easily get lost in the twist and turns of those alleys. Eventually though, you make your way back to the main drag.

I stayed inside the wall and had dinner down one of the alley ways. Once it was dark I did another wander through the streets, now all lit up and even easier to get lost. At the end of the main street is a large building, Sponza Palace, the historic archive. This lovely building (or maybe it’s neighbour?) was hosting an orchestra while I was there and you could hear the music ringing in the streets outside. 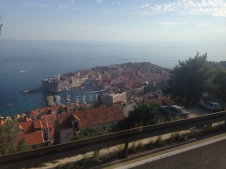 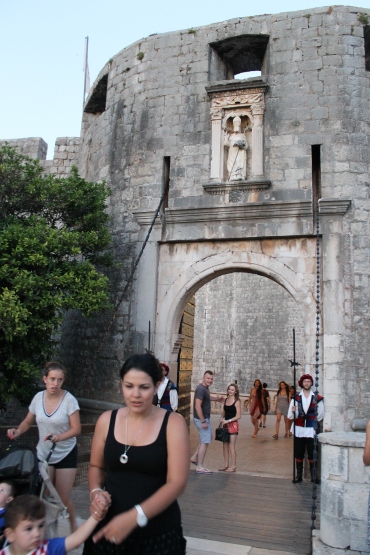 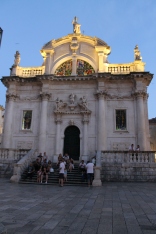 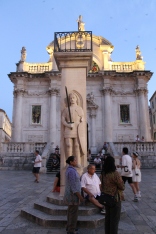 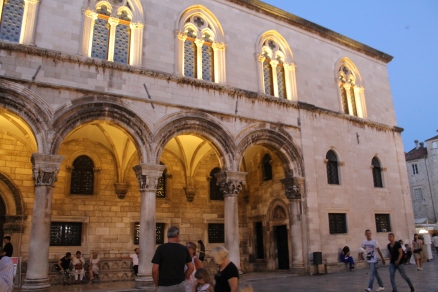 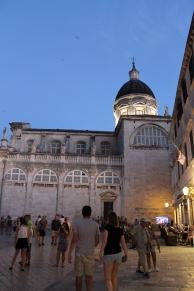 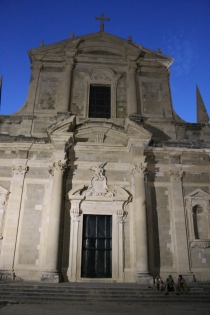 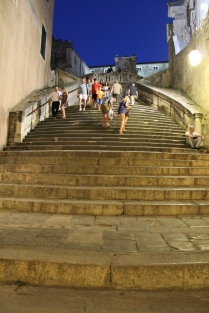 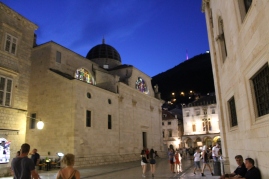 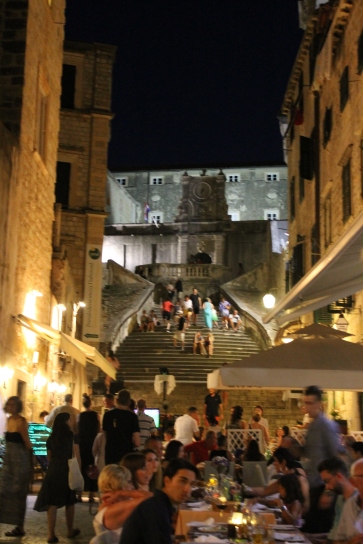 I took a late bus back to the hotel and watched Game of Thrones while in Dubrovnik.