Glasgow is an amazing city. I has buildings and places that have been around longer than Canada has even been a country. Kathy and I were on our own to explore because the rest of the family was headed to Troon, to watch some PGA golf.

After a lazy morning we headed back to a large pink/red stone building we had seen the night before. It was the Kelvingrove Art Gallery. The inside and outside were both pretty amazing.

From the Art Gallery we could see a tower from the University of Glasgow and it called to us. So we used to tower to try and find roads that would get us there. Along the way we found a world culture festival set in a park, that had a stage for shows and booths of food and goods for sale. 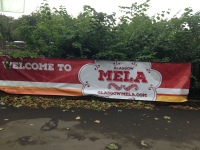 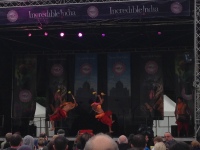 We lingered for a while and ate but eventually returned to our search for the university. It took many twists and turns and roads that ended in fences but we eventually found a way to get (in)to the University of Glasgow grounds.

Created in 1451 by a papal bull, Glasgow is 400+ years older then Canada and doesn’t even make the top 10 oldest universities in the world. 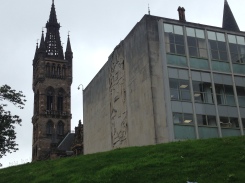 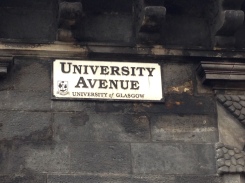 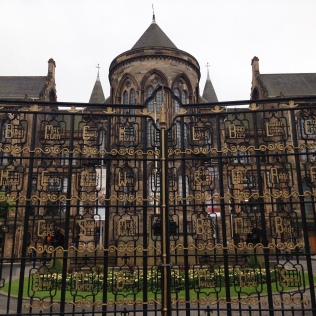 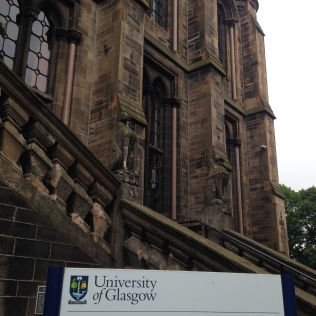 After wandering around the campus for awhile we decided to head across Glasgow to The Necropolis, something Kathy and I were both interested in but wouldn’t have done if the rest of the family had been there. Along the way we walked through town and window shopped. I even found the Tardis. 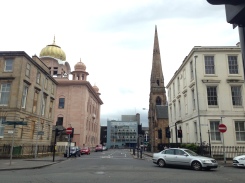 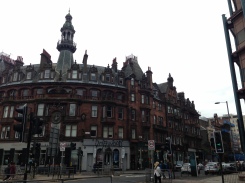 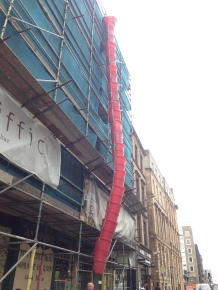 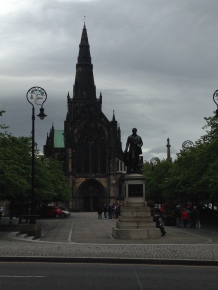 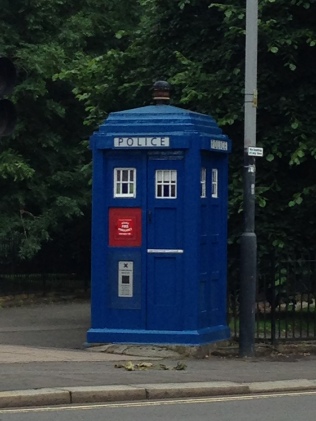 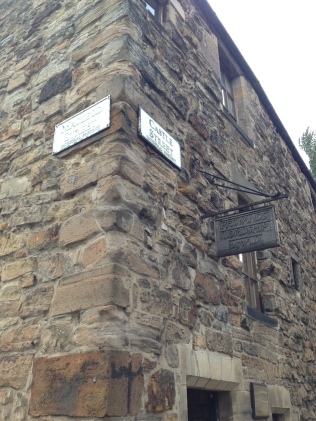 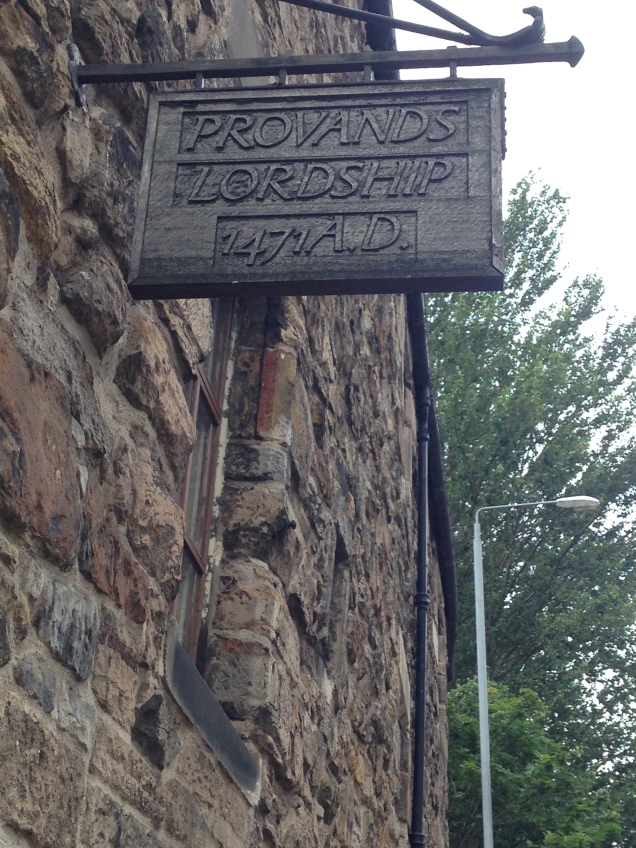 We also passed by the Glasgow Cathedral that is at the bottom of the hill below the Necropolis. 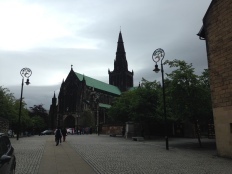 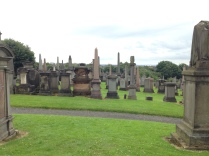 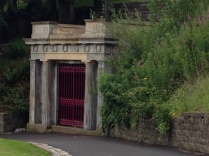 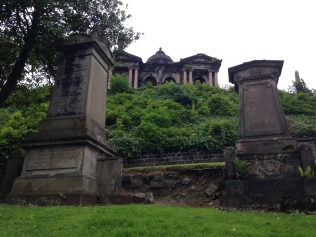 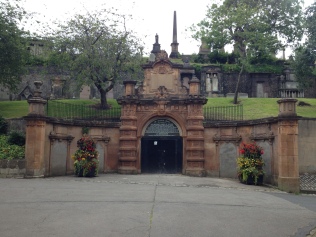 Then we headed back to the hotel to meet with the others and find somewhere for dinner.