We had the goal to get to the hotel recommended in the Rough Guide. It was within 1km of the Temple of Aphrodisis. We had to do this in steps. Selcuk is to small to have a large bus hub. We had to take a bus to Aydin, where many buses pass through. From there was a bus to Nazilli and then a bus to Karacasu. We could have stayed in Karacasu, but the book recommended a spot in Geyre, where the site is. So we took a taxi to the hotel. The taxi dropped us and left. It was then we realized our mistake. The hotel was three stories, two with rooms and the top floor was a closed down restaurant. It looked sketchy from the outside, pealing paint and in need of a new whitewash job. The front yard was full of tree’s so you could not see the path or the hotel when you pull up.

The hotel is a long rectangular building with 16 rooms per floor. When you enter the  hotel there are old carpets down the two halls. Reception was a tiny wood desk at the bottom of the staircase. The upper floor where we were has chairs placed on both sides of the wall at intervals. Also the lights were on a timer, you hit the light switch and have about five minutes before the lights go out again. But there is no light switch by our door, so you had to walk down a pitch black hall to get to the stairs and the light. It was like the “Bate’s Motel” and we both feel lucky to have gotten out alive. Adam did almost die falling off the deck. There is a four inch gap between where the floor ends and the rail starts, almost enough room for me to lose a leg through. If you fell through the gap the rail was not going to hold you in place.

For a twin room the cost was listed as 50 Euros a night. Way to much in general and specifically for this hotel. Adam was able to talk the guy down to 35 lira for the night. We were the only people in the hotel, and likely the only one’s that had been there in awhile. There is a reason, if you ever make it to this region do not stay here.

Also there is no town, there is a street with two chai bars and a corner store. This is all there is. This place never sees tourists or a female wandering the town after dark in search of food. We had to buy bread, tomatoes, yogurt, cheese and potato chips. We made sandwiches for dinner. We also bought Coke to mix with Geneva and drink. This was so we would sleep through the night and not be waiting for the axe murderer.

Sleeping through the night was hard though because it was so cold. We slept in clothes and jackets and stuffed towels under both doors. We had to brave the dark halls to see if we could find more blankets. There was an open door to another room so we went in and stole the blankets from them. We did eventually get warm enough to sleep.

We were up at 7am, which was not a lot of sleep, and not enough to make us feel awake. We made more sandwiches for breakfast then went back to sleep until 9:30. We packed and checked out of the hostel. The walk to site was 1.2km to the gate. We stopped to buy a new loaf of bread. We passed a field growing radishes, large radishes. One was the same size as my forearm. We took a much smaller one to have for lunch. Which was bad and others should not do it.

The site was breath taking. There was a city gates, a temple, a theatre, a stadium, a church, city walls, a necropolis, a museum and an ongoing excavation. So I have to try to get on the dig one year, because that would be phenomenal. The stadium is the largest from the ancient world, as well as one of the best preserved. A good portion of the statues and carvings have been moved inside the museum. Many more have been see as less important or less well done and have been left buried in the ground. There is still decades of work left on the site. Almost none of the near 3,000 houses have been excavated, but the large houses and sites. While we spent about an hour in the museum waiting out the rain we spent more then six hours at the site. There is so much to see. 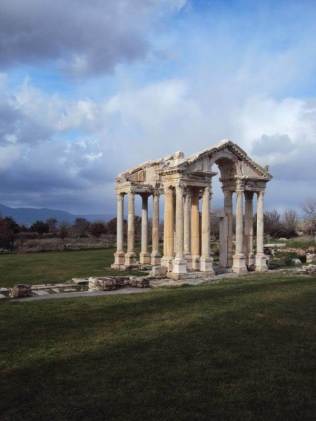 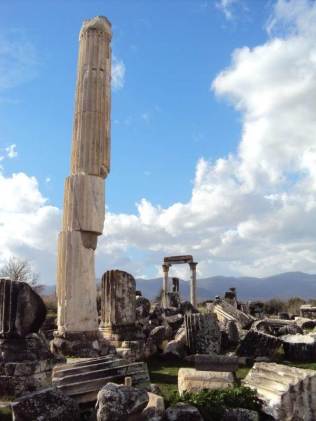 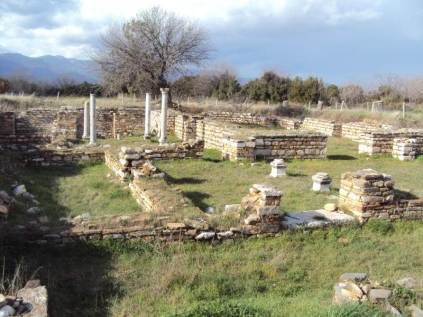 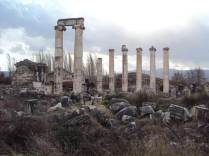 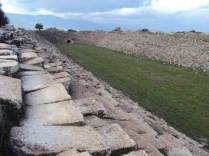 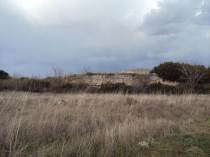 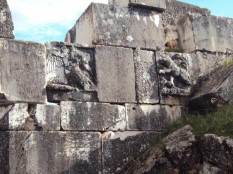 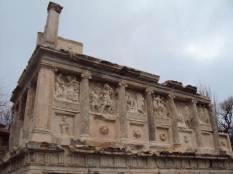 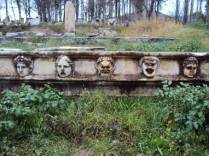 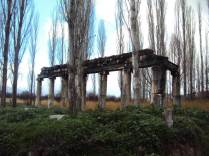 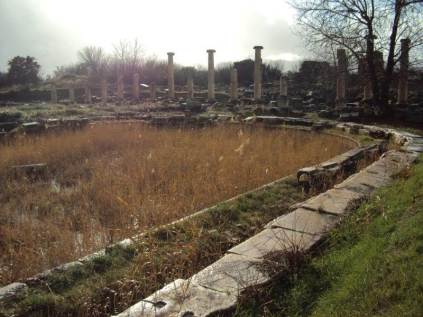 When we were leaving we walked along the highway to go back to the hostel and pick up our bags. Right before we get to the hostel a car with a young Turkish couple pulls up. Where are we going? To Karacasu. Not a problem. But we need to pick up our bags. They stop and we load in our bags. The couple are going to Pamukkale, the white salt baths. This is also our final destination, can they take us the whole way? Not a problem. So the question is ‘Is it hitchhiking if my thumb wasn’t out?’