I was up around 6:30am. I was dressed and out by 7am. I walked around town and once again tried to find the Mother Teresa house. I did not find it but I did find many plaque with her quotes on them. Once it passed ten and I hadn’t found the house and missed the start of the tour I went back to the hostel and packed my day pack with the things I would need to hike and swim. 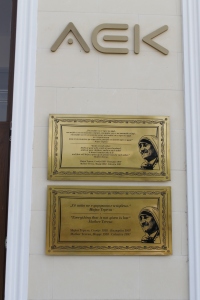 I took the 10:40bus to Lake Matka. The bus took just less than an hour. Then I walked past the rushing river and up the side of the dam and got to the lake behind. It had a single hotel with a single restaurant. It also had a place where you could get a boat to the caves, or rent a kayak and go yourself. If I hadn’t had my camera I would have kayaked but I didn’t want to chance flipping myself with all my stuff. 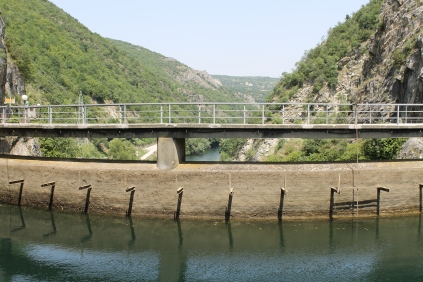 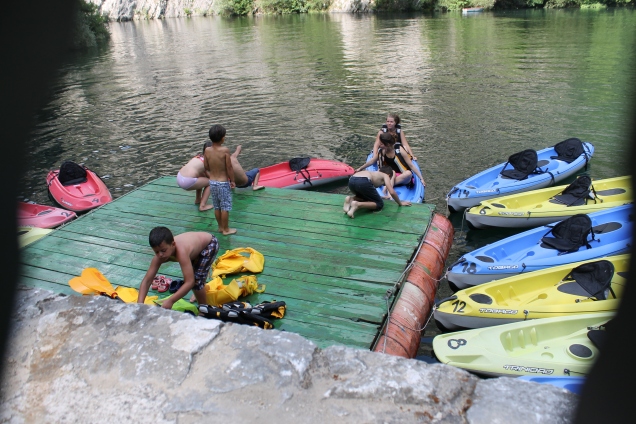 I figured I’d save a bit of money and walk instead of taking the boat. There were good and bad aspects to my idea.

Bad – I walked the 5km in the noon sun with only occasional cover. I ran out of water on the way in. When I got to the end it wasn’t a cave, it was a dead end. I could see the cave cross the lake but couldn’t climb down the cliff to swim it, also I still had my camera. 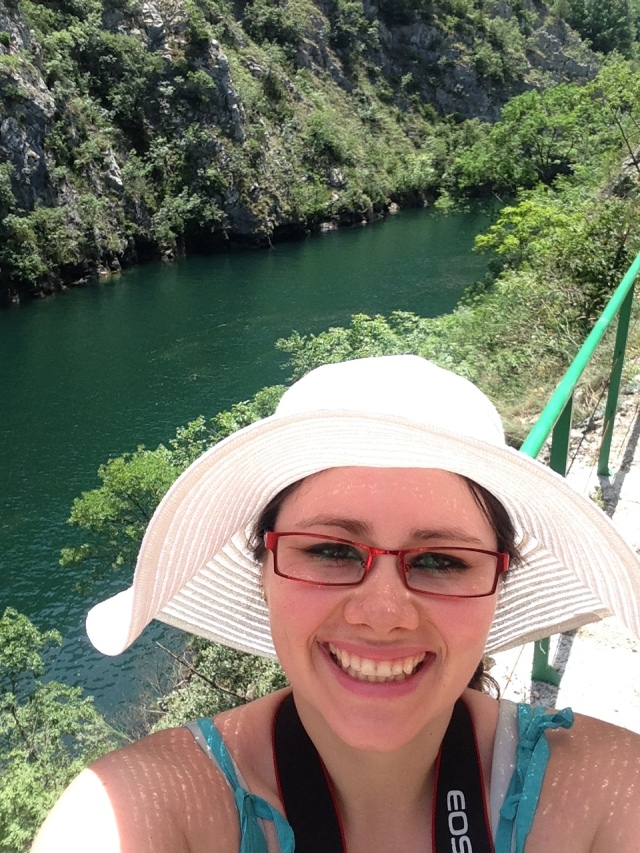 Good – It was a beautiful walk through the woods and long the lake shore. Occasional ups and downs in the trail but nothing too challenging. Many places to stop for a quick swim. 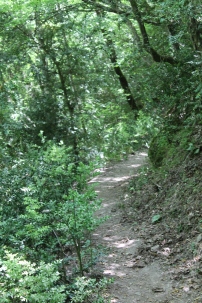 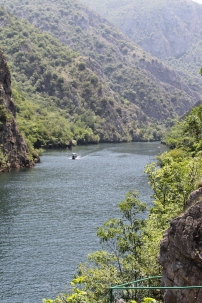 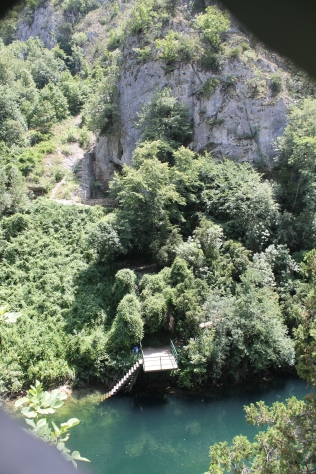 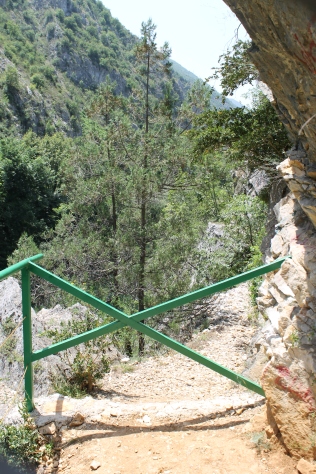 He was from Buenos Aires, Argentina. He is a teacher and had just finished travelling the Adriatic Coast in Croatia and Montenegro. It was his fifth trip to Croatia. He gave me lots of good advice about where to go and what to see. When we made it back to the hotel area we stopped at the restaurant. It’s a ways out so it was grossly over priced but I hadn’t had anything substantial to eat yet and had been walking for about 3 hour. I had a large water and pasta with salmon.

He was Latin American from the Seattle area. She was Macedonian. They met at a Spanish program in Madrid. They’ve had a long distance relationship but she just finished school and got accepted to a Masters program in the USA so they can be together. Turn out she was also a teacher.

We got to the cave and it was dark but the driver when up a hill and turned on the generator to turn on some lights. We tried to get pictures of the bats but that didn’t work out well. There were other interesting pictures to take instead. The cave wasn’t very large or very deep but it was still interesting to explore. Not a ghost to be found though. 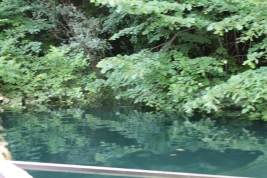 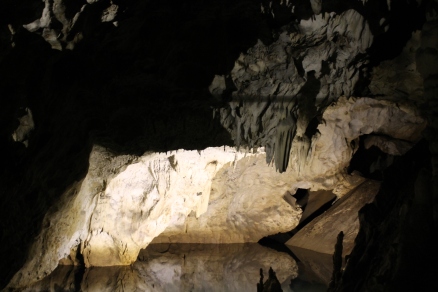 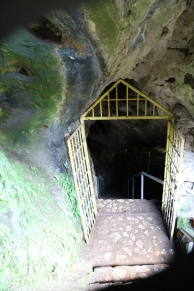 We had been in the cave about 20 minutes when suddenly the lights went out, our time was up. We left the cave and returned to the boat. On the way back we talked about teaching abroad. They couple offered us a ride back to town if we were still around after they had a meal. We went to have a drink (of water, hydrate, hydrate, hydrate) and wait for the 5:45 bus back to town. As we sat there I heard a familiar voice. It was the Brits from the hostel. They were debating between taking the boat and renting kayaks to head to the cave. They took kayaks.

In the end we took the bus back to town.

Back in the centre of town I said goodbye to Argentina. He had something to do with his host (he was couch surfing). I walked around the centre in a new direction and found the house of Mother Theresa, better late than never. I found a church and a few other things before I went back to the centre and got an ice cream on my way back to the hostel.

At the hostel I had something small to eat. I spent a bit of time on the internet. Then I went down and met with two Americans who has just done a day trip up to Kosovo. Then the Brits returned. We all decided to go to the number 1 rated restaurant on trip advisor. It was in a small residential area that it took us 30+ minutes to walk too. It was local foods. I’d already eaten so I had Grandmother’s Cake. It had a bit of cake on the bottom, apples, a think layer of poppy seeds, and philo pastry on top, all dusted with icing sugar. It was good but I couldn’t finish it.

When we asked for the bill the waiter brought us each a shot of Rakia, a local alcohol. I was glad I hadn’t finished the cake because it’s the type of drink that needs something to follow it. It was sweet and burned at the same time. Not my choice of drinks. I’m much happier with water. Then I can eat my calories and not drink them.

The five of us squished in a taxi back to the hostel. The others started pre-drinking to go out. I joined them for a glass of wine but then I was done, when they went out I went to bed. 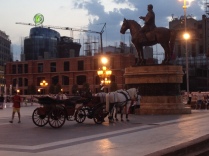 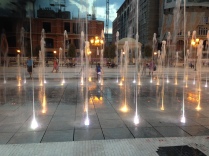 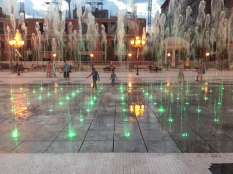 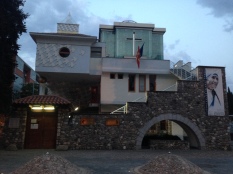 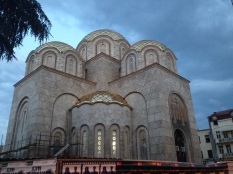 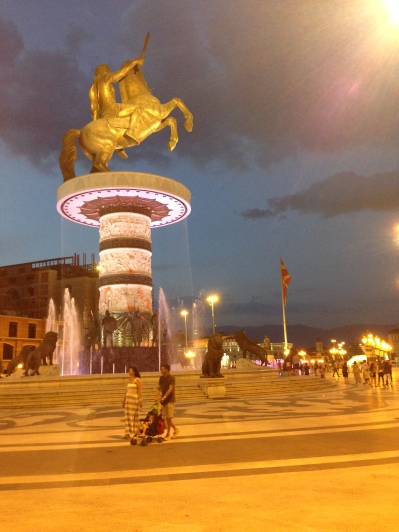 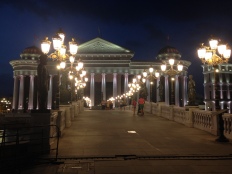 One thought on “Lake Matka- Macedonia”